For many years, researchers are struggling to find an alternative to gasoline as the main type of fuel for motor vehicles. There is no point in listing the environmental and resource reasons – the toxicity of exhaust gases harms the environment and people. The solution of the problem can be found in the most unique types of fuel. Rentalcars24h.com has chosen the most interesting ideas that challenge the fuel hegemony of gasoline.

Biodiesel based on Vegetable Oils

Biodiesel is a kind of biofuel based on vegetable oils, which is used both in pure form and as various compositions with diesel fuel.

As a rule, rapeseed, sunflower and soybean oils are used to produce biodiesel. Of course, vegetable oils themselves are not poured into the fuel tank. Vegetable oil contains fats – esters of fatty acids with glycerin. In the process of obtaining “biodiesel” glycerol esters destroy and replace glycerin (it’s produced as a by-product) into simpler alcohols – methanol and, more rarely, ethanol. These elements become a component of biodiesel. 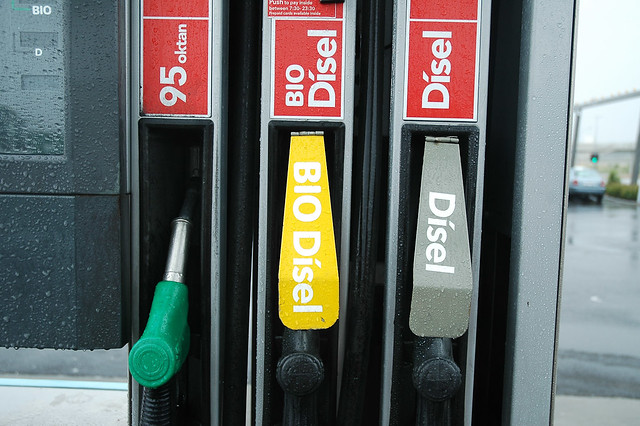 Biodiesel is an ecological fuel for transport: in comparison with conventional diesel fuel, it almost doesn’t contain sulfur and at the same time undergoes almost complete biological decomposition. In soil or water microorganisms recycle 99% of biodiesel – this minimizes the degree of pollution of rivers and lakes.

Models of pneumatic vehicles driving in compressed air have already been produced by several companies. Several years ago, Peugeot engineers made a sensation in the automotive industry by creation of a hybrid, which, in support of an internal combustion engine, receives compressed air energy. French engineers expected that such a development would help small cars to reduce fuel consumption to 3 liters per 100 km. Specialists of Peugeot claim that in the city the air hybrid can move up to 80% of the time by using compressed air. 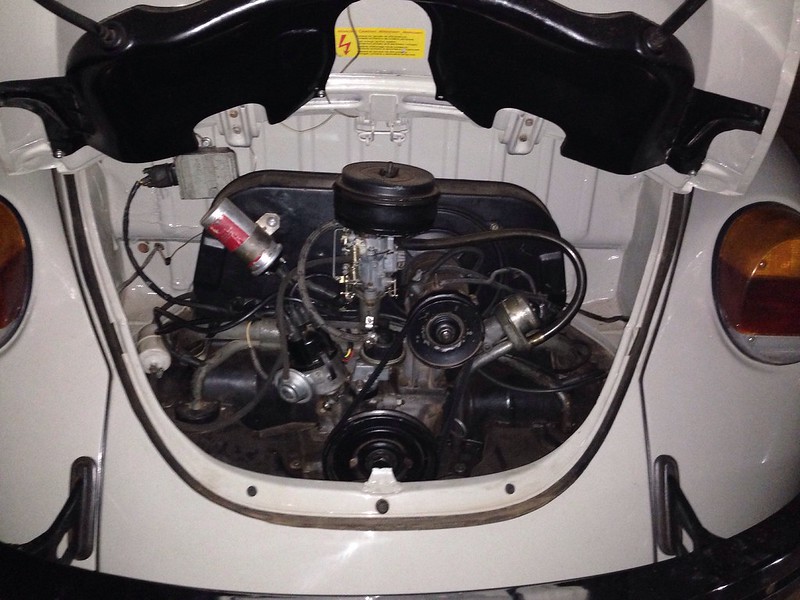 The principle of operation of the “air vehicle” is quite simple: the car is driven not by a petrol mixture that burn in the engine cylinders, but with the help of a powerful airflow from the cylinder (the pressure in the cylinder is about 300 atmospheres). The pneumatic motor converts the energy of the compressed air into the rotation of the semi-axes.

Eco-friendly mini-truck Gator manufactured by Engineair is the first commercial serial car which uses a compressed air. It can already be seen on the streets of Melbourne. Its carrying capacity is 500 kg, volume of cylinders with air – 105 liters. The truck can run without refueling for 16 km.

The production of cars that are powered by solar energy is perhaps the most developed direction of the car industry oriented towards the use of eco-fuel. Vehicles on solar batteries are created all over the world and in different variations.

In September 2014, Stella solar-powered car managed to travel from Los Angeles to San Francisco, which is about 560 km. The solar car, developed by a group of scientists from the Dutch University of Eindhoven, is equipped with solar panels and a 60-kilogram battery pack with a capacity of 6 kilowatt-hours. Stella has an average speed of 70 km/h. In the absence of sunlight, the battery reserve is enough to travel for 600 km. 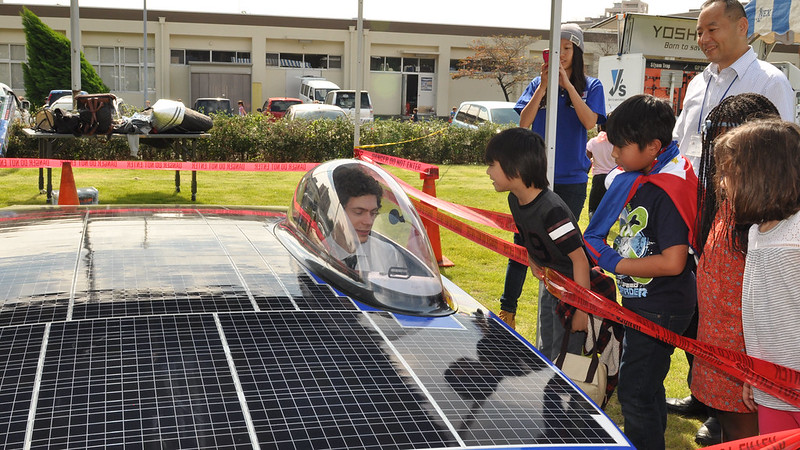 The fastest solar-powered electric car is Sunswift, created by a team of students from the Australian University of New South Wales. During tests in August 2014, this solar car traveled 500 kilometers with an average speed of 100 kilometers per hour, which is amazing for such transport.

Liquid hydrogen has long been considered to be one of the major types of fuel that can challenge gasoline and diesel. Vehicles on hydrogen fuel are not uncommon, but due to many factors they haven’t gained wide popularity. Although recently, thanks to a new wave of concerns about “green” technologies, the idea of a hydrogen engine has got new supporters. 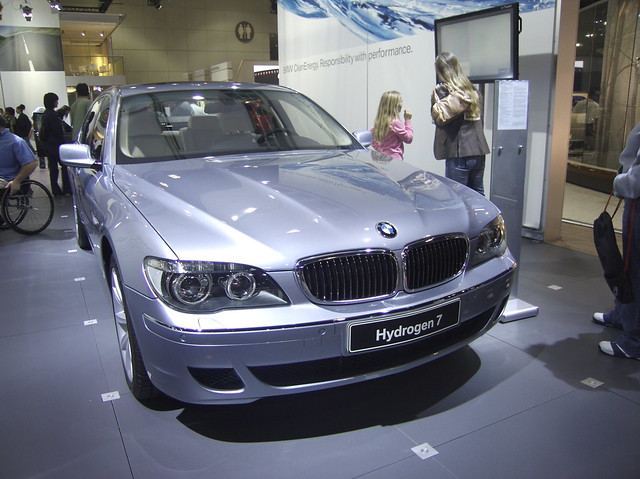 Thus, the car can use both types of fuel during one trip: switching from one type of fuel to another is automatic, and the preference is given to hydrogen.

Aston Martin Rapide S is equipped with the same type of engine, and called a hydrogen-gasoline hybrid car. Switching between gasoline and hydrogen is performed by an intelligent system, which optimizes consumption and emissions of harmful substances into the atmosphere.

Also, hydrogen fuel begins to be used by other auto-giants – Mazda, Nissan and Toyota. It’s believed that liquid hydrogen is environmentally safe, since it doesn’t emit any pollutants during combustion in a pure oxygen environment.

Algae fuel is an exotic way to get energy for a car. As a biofuel, green algae began to be considered primarily in the US and Japan.

Japan produces a huge amount of green algae, which is a source for the producing of a new type of biofuel for modern cars. Not long ago, in the Japanese city of Fujisawa, a passenger bus DeuSEL from Isuzu appeared on the streets, which uses fuel made of algae. One of the main elements was euglena green.

Algal additives make up only a few percent of the total mass of fuel in transport tanks, but in the future, the Asian manufacturer promises to develop an engine that will allow using the biosolvent at 100%. 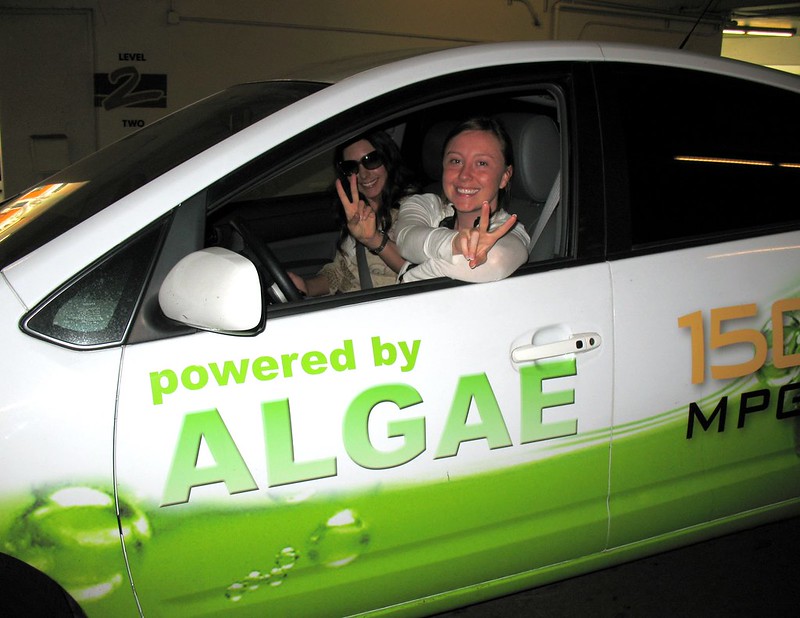 U.S. scientists also started to study the issue of biofuel based on algae. The network of Propel gas stations in Northern California offers Soladiesel bio-fuel. It’s produced from algae by fermenting and then releasing hydrocarbons. The inventors of biofuel promise a 20% reduction of carbon dioxide emissions and a significant reduction of toxicity.